The Hot Water Forum (HWF) has been around for about ten years, meeting yearly.  I 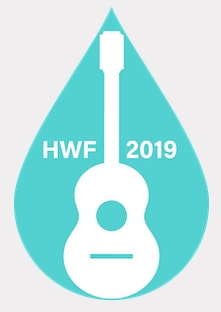 missed one, once and still regret it. It’s a mix of manufacturers, code folks, researchers, utilities, local, state and federal governments, engineers and the odd hot water nerd, like me. People come from all over the US and some other countries to attend. It’s the place to learn what new stuff is coming, from energy codes, to new product roll-outs, to finding civil ways of duking it out between competing utilities… there is nothing else at all like the HWF. The event is put on by The American Council for an Energy Efficient Economy, (ACEEE) https://aceee.org/conferences/2020/hwf. It’s a small conference, where everyone there is treated as a peer. I’ll guess that close to half of the participants are involved in giving presentations… so clearly there is a lot of know how in the room.

I moderated a panel on solar water heating last year (2019).  They even let me present a very brief history of solar thermal! For too long, there has been a tug between solar photovoltaic, (electric) and water heating, (thermal). One of my presenters had a solar collector that was electric on top and thermal on the back side.  The idea has been floating around for years with nobody being that successful at it.  But this one seems to work and has a good track record. One interesting thing is that if you keep photovoltaics (PV) cool, they work better. By collecting thermal energy as well as electric, the competition between energy outputs is gone and you get more electricity! Not bad.

Another fun thing was we got to tour the biggest water heater manufacturing plant in the world.  It’s just outside of Nashville, Tennessee. They put us in an electric trolley and drove us around, so we could see just how heaters are made.  They create a new water heater roughly every 20 seconds. It’s rather impressive!

Back at the conference there was talk of a new kind of heat pump water heater, one that runs on 120 volts and can simply be plugged in. With California and other places looking to reduce their use of fossil fuels, this could be a game changer. Gas has long been considered to be a clean fuel, but nobody took into account how much gas the distribution systems leak, something on the order of four percent. Natural gas, or methane is a potent greenhouse gas and that much leakage makes it worse than burning coal, pollution-wise. There may still be good uses of methane, like capturing it from landfills and cattle ranches, and using it where it’s produced will largely eliminate the leakage concern. In California, about 90% of our water heaters are gas, yet the state is telling us we need to get off gas soon.  This new heat pump could help make it possible.

One nice thing ACEEE does is to put up on the web all the slides from the presentations. They are organized by the year given and available for free. In the link above, you’ll see a link to “past hot water forums”.  Please do go have a look.  There is a LOT of good stuff there.

One last but rather important thing we’re learning is about pathogens in the water supply. The take away is that there are lots and lots of bugs in our water, not just legionella.  Mostly they are not harmful, but there are still many that are. There are even bugs that are resistant to chlorine and chloramine! There are bugs that resist heat! Bugs live in the bio-films that form inside of pipes, particularly pipes that are oversized for the use, which is most plumbing. Codes have not caught up with the use of water saving fixtures, so flow rates in pipes are slower.  This prevents the scrubbing that happens with higher flow rates and encourages bio-film growth. Turns out one of the most effective ways of dealing with bad bugs is to introduce good bugs. Who wants to do that? It would be a very hard sell.

It’s pretty easy to get into the technical weeds at the Hot Water Forum, and there is no better or more supportive group for doing so.  It’s a perfect place for hot water nerds! If you are (or want to be) one, do consider going. The HWF will be in Atlanta, Georgia this year from March 23rd to the 25th. There simply is nothing else like it.

You need to be a member of Home Energy Pros Forum to add comments!

Thanks for the report-back, Larry! I have been wishing to go to one of these for years, and next time this cool train is on the West Coast, I will hop aboard!

Great synopsis of the Hot Water Forum.  I have not been for several years, but if I was more involved again in water heating I would make it a priority to be there.  With the small size and the blend & caliber of the participants it presents an amazing opportunity for networking, learning, & sharing ideas.  You said it -- "there simply is nothing else like it".

Kent Browning commented on Kristina Frunze's blog post A Contractor’s Guide to Compensating for Oversized Air Conditioners
"" Installing a Humidifier A humidifier is another option worth considering. To overcome the…"
yesterday