What You Missed At The ZNE Retreat

It’s amazing how many energy efficiency conferences and workshops have surfaced recently. Sometimes it seems like the dissemination and sharing of EE information has become a standalone industry. These events are often are often sponsored by large corporate donors and may have hundreds of attendees. Frequently they are week-long events with multiple “tracks” of…

On-The-Job Experience: Why Electrification Is Better And Cheaper

Sean Armstrong is the Managing Principal of Redwood Energy, one of the nation’s leading ZNE design firms and an Efficiency First California board member. His argument for electrification is based on his extensive experience in multifamily housing.

The conventional wisdom is that when it comes to home heating, gas is cheap. So why is the trend toward building all-electric homes accelerating?

The Real Heroes Of Home Performance

In all the discussions about how to best save energy and power the future, people sometimes forget that the clean energy system of tomorrow will be built not on spreadsheets or by some fancy computer modeling tool, but by hardworking crews in the field. These folks often don’t get enough credit for what they do. But as those of us who’ve run businesses dedicated to…

The Best Energy Source For Our Future

WE NEED TO TRANSITION TO CLEAN ENERGY

When it comes to energy, society is at a crossroads. Our existing supplies are heavily based on fossil fuels, a limited and dirty solution. There is no question that we must transition to a cleaner and more sustainable future. Fortunately, there are alternatives to the current system, but we need to be realistic about…

It’s a common practice to try to encourage or change behavior with incentives. Parents do it all the time. Have you ever agreed to do something for the reward that was promised upon completion? Finished your dinner so you could have ice cream? Or as Pink Floyd famously sang “how can you have any pudding if you don’t eat yer meat?”

Advocacy Update: The State of California 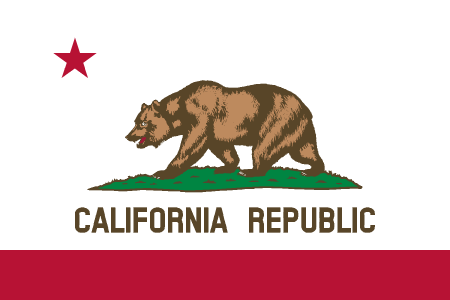 We’re taking a departure from the goings on at the state capital and will instead focus on some events that are occurring across the state of California.

The landscape for energy efficiency incentive programs in California is changing. Late last year, a program in Southern California announced a funding cap for the year 2018. The program implementers…

Get Fire Out Of Our Buildings

There is some debate among scholars over when humans first learned to control fire. A large body of evidence suggests people have been using it for around 600,000 years, but recent discoveries have pushed the date back to as far as 1 million years ago. Regardless of when exactly it started, there is no question that controlling fire has changed the course of human…

Will Data Save Home Performance?

Having a good way to measure efficiency is valuable to the home performance industry for many reasons. Easy to obtain, low cost, accurate savings data can be used to better educate consumers, close sales and help crews use their time more effectively when installing upgrades. Accurate data enables rebate programs to maximize every dollar spent on incentives. Good data…

There is a lot of conversation these days about making buildings Zero Net Energy (ZNE). The basic idea is that a ZNE house or building produces as much energy as it uses in a year. Early adopters have been interested in ZNE building for years, but its only recently that technology has gotten to the point where it’s possible to make ZNE…

Up to 40% cuts on the table to EnergyStar and more. Visit http://www.ase.org/Please take action.…

It’s Time to Stop Using Fire in Our Homes

At some point in time man gained control over fire. Fire was very useful: it could be used to cook food, provide light, and its heat allowed us to survive in hostile environments.

Thousands of years later, some things haven’t changed much. Whether we have a natural gas or propane furnace or (in some parts of the country) an oil fired boiler, most of us still… 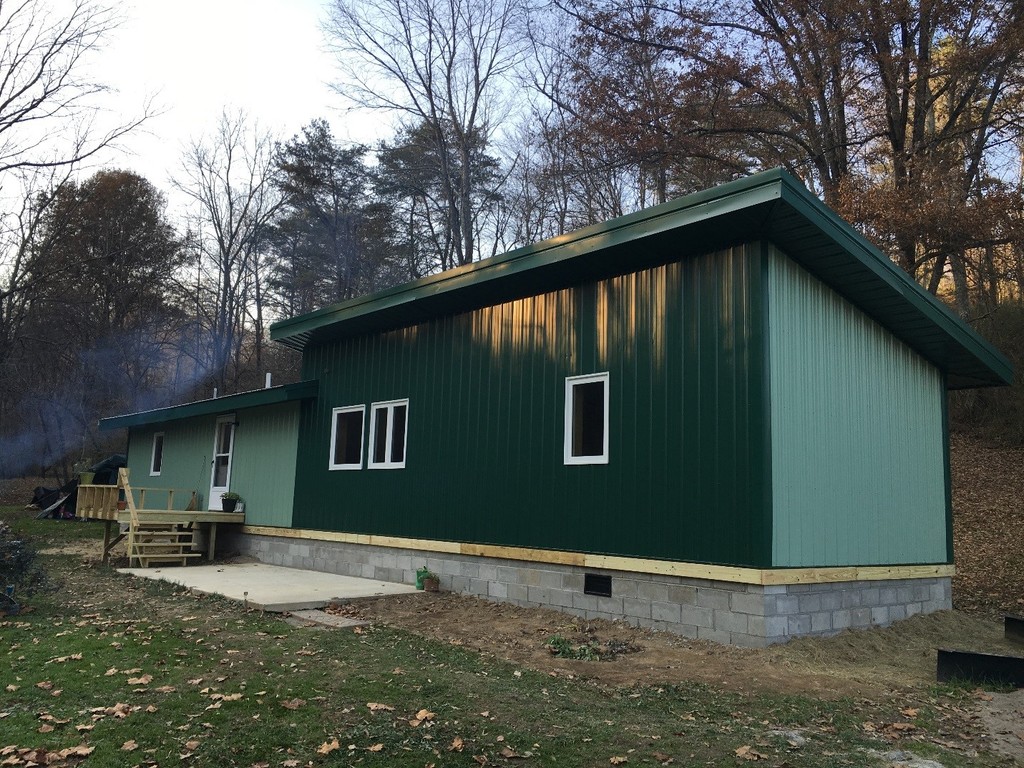 Image 1: The 100K project was designed to have a widely open concept. The home includes 2 bedrooms and 2 full bathrooms. The 850 sq ft floor area allows for an open interior feel with maximum utilization of every inch. 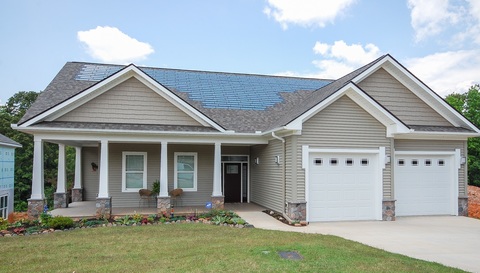 Since last June I have been qualifying homeowners in the Los Angeles County for the Home Upgrade "Energy Upgrade California" program sponsored by the State Of California, funded in part by the Federal Government, and YOU the Customer of the Utility Companies.

We test your home and give you the results all at no cost to YOU! What's the catch you ask? Two appointments need to be made and kept by the homeowner(s). The program provides assistance and incentives up to $6500 for home…

There has been much ado about the recent paper published by E2e; Do Energy Efficiency Investments Deliver? Evidence from the Weatherization Assistance Program, the final word on which is yet to be written.

E2e has some heavy…

I was called in to perform a last minute duct test for a modular home builder.  He was all in a dither to have a duct test and a blower door test done on a Friday so that he could get his Certificate of Occupancy (CO) so the homeowner could move in the following Monday.  He said that he’d just found out that he needed these tests.  The building inspector asked for them at the last minute!

Lessons from Energy Efficiency Advisors: Getting Homeowners Onboard with Home Performance

Homeowners are often aware of the different problems they experience in their homes: uncomfortable rooms, high utility bills, poor indoor air quality, etc. However, homeowners are generally unfamiliar with the concept of Home Performance, the Whole House approach, and how energy efficiency upgrades can address these concerns. We regularly hear these stories and find that by listening, asking the right questions, educating, and providing guidance, we can help homeowners feel…

Despite the extreme record breaking cold this winter, we still saved nearly 50% energy compared to the home prior to the remodel and about the same compared to conventional homes in West Michigan.… 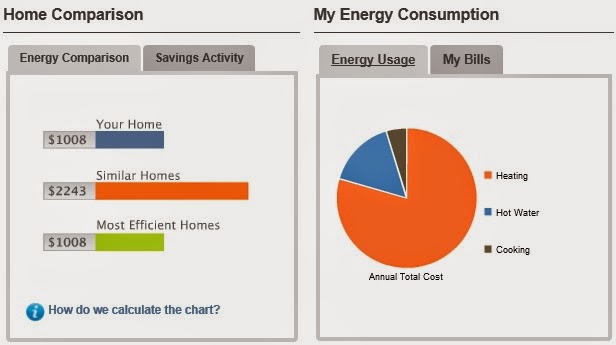 Solar Energy + Energy Efficiency Services – to DO or NOT to DO – is no more a Shakespearean dilemma!

The SMB solar installer finds himself in a challenging spot today

What's the Most Profitable HVAC Job for Your Company?

Looking for a Rater in Sacramento Area

Started by Brian A McFadden in BPI. Last reply by Building Performance Institute Jan 14. 1 Reply 1 Like

Leslie Jackson commented on Macie Melendez's blog post Re-introducing Myself as the Building Performance Journal’s Managing Editor
"Great to have you back, Macie, and to work beside you this time! Looking forward to the coming…"
Friday

Kerry Haglund replied to Kerry Haglund's discussion Help with OpenStudio/EnergyPlus
"I think I may have found the issue with the original residential prototype IDF files. See the last…"
Thursday

Jim Gunshinan commented on Macie Melendez's blog post Re-introducing Myself as the Building Performance Journal’s Managing Editor
"We are very glad to have you back on our team Macie. I think anyone reading your post will…"
Thursday

Robin Henry replied to Robin Henry's discussion Potentially Looking To Buy Insulation Machine in the group Energy Auditing Equipment for Sale, Trade or to Purchase
"Thanks for the offers and phone call fellahs. I ended up purchasing a Force2 this past weekend so…"
Thursday

A bit new to the Open/Studio/EnergyPlus world and I am seeking some help. I have downloaded the…See More
Thursday
1 Comment 0 Likes