Tamasin Sterner, Founder, President, and Chief Coach of Pure Energy was given the Tony Woods Award for Excellence in Advancing the Home Performance Industry at the opening plenary of the ACI National Conference in San Francisco on March 30, 2011. Tamasin has been advancing home performance through mentoring, teaching, consulting work, and building analysis for almost 30 years and is a regular Home Energy contributer. "I had to prove that I can do everything that men can do—and more", she says,… Continue

Perceived Value of an Energy Audit

This post originally appeared on Mapawatt Blog and is a great comparison of residential solar vs. wind.

If you're a homeowner interested in creating your own clean energy, chances are you are considering installing a solar pv array or a wind turbine.  Which is…

How To Kill A Watt While Sizing a UPS

In my last two posts, I described some basic water conservation measures we’ve taken at the Poole Ancestral Homestead. We’ll return to that topic in the near future. But for now, I’ve turned my attention to optimizing our home’s use of electric power.

Utility-provided electricity is often an expensive form of energy. And it’s seldom efficient, because coal- and gas-fired plants (from which most of us get our electricity) actually waste a great deal of energy in the form of heat…

How To Make The Right Evaluation

Thinking of convincing the homeowner that you are the right contractor for the window replacement project? Make sure that you are prepared to demonstrate that you have the knowledge to evaluate the problem correctly. The customer wants and expects to perceive this quickly or you will not be selected for the follow-up. So, to ensure your business is the one selected for that coveted follow-up session, it is critical to showcase your knowledge and experience, the two fundamental factors that say… Continue

How Oil Pointed the Way to Home Energy Savings

When the oil fields began to be developed in places like North Dakota, manpower was an immediate need. Manpower was needed in remote places where the oil was hiding and having enough ready housing was a problem. The cheapest and quickest solution was manufactured housing. Pull it in, set it up, and your done.

Manufactured home communities began to sprout up over…

Electric Cars and the Kindness of Strangers

As if we don’t have enough phobias already, now there is range anxiety, a malady brought on by the electric car. But it’s okay; there is a cure, or rather an app for that.

Want your business to be better? Of course you do! Bring on the Business Performance Makeover Contest, a collaboration between EGIA, BPI, and Efficiency First—and sponsored by Home Energy.

Here are the details:
The contest will be conducted nationwide to find two contracting firms that want to dramatically grow their businesses in 2011. Owners of home improvement, home performance and home energy efficiency-related installation companies can enter to win online by… Continue

Hey, HERS raters, what if I told you that you could get the volume of a multi-pitched roof for all of your home energy…

Low-Flow Aerators All Around

Today, another small step on the Poole Ancestral Homestead’s journey to deep-energy-retrofit nirvana was taken, and it consisted of installing low-flow aerators on all of our faucets. [article]

How Does Your Dishwasher Measure Up?

How to Shop for a New Dishwasher 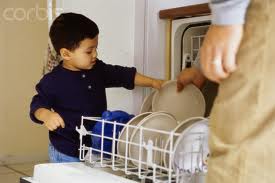 The dishwasher is one of the major appliances in a home. When a new dishwasher is needed it pays to know how to shop for a new one. There is a little more to it now that the Energy Star efficient program got involved. Things like "estimated yearly electrical use" and "cost range of similar models"…

See who is being honored and come celebrate with your friends or make new ones as you build your career!!

I have to agree with the Tea Party; the US government should not choose the light bulbs I use in my home.  And fortunately, it does not.

Yet that’s the spin being pushed by those who want to roll back federal lighting performance standards. An odd mythology is developing around the standards.

Opponents claim that the…

Upon the earthquake and tsunami disaster in Japan on Thursday, March 14, 2011, nuclear power plants have shown to not have the capacity to withstand extremely powerful natural disasters. The earthquake and tsunami led to problems at three of the country's nuclear power plants, one of which remained a serious concern Monday as crews continued a seesaw battle to control a damaged nuclear reactor complex.

In Fukushima Prefecture, an explosion in a building housing the No. 3 reactor at the… Continue

A Long Journey Begins With A (Low-Flow) Shower

They say a long journey begins with a few small steps. Yesterday, I unofficially initiated the long-term energy retrofit of the Poole Ancestral Homestead by simply installing a water saving showerhead.

The new showerhead is a 1.5 gallon-per-minute, all brass, chrome finished, Victorian-styled showerhead made by Danze, which I obtained from my friends at Energy Circle...[…

With the massive brain trust of geeked out intellectual bloggers found here, I was hesitant to wet my pen and speak up, nevertheless I'm going to breakdown going Green with your PC.

Your average home computer uses 200 to 400 watts, depending on its hardware, monitor and use. By comparison, your average plasma TV runs around 300 watts, but a Wii uses only 18 watt. A high-performance computer…

Building Efficiency Resources is offering Energy Star v3 training online and in 2-hour sessions that are presented outside regular working hours. This approach saves travel expenses, preserves your work day, and allows you to absorb the material in manageable segments.

The sessions will be…

Have You Adjusted Your Thinking to Green?

Over the past couple of years I have attended many seminars mostly on topics relating to green building and the environment. In truth, I was determined to make good use of the construction down time, in this economy, with a goal to learning as much as I could about home performance improvement. One such seminar taught me that the terms sustainable building and green construction have become more than simple buzz words, they have become policies promoted by the government. Policies which at…

Another Blog for Thermographers

I don't want to seem self-serving AND I do want folks to know about the blog that Fluke sponsors. I'm one of the prime authors (yes, The Snell Group is still 100% independent of sales!) and spend a good deal of time crafting what I think is a pretty good blog, all related to thermography and much of it related to building thermography. Michael Stuart, who created the Home Energy Pros Infrared Thermography Users group, also chimes in weekly with his "what is it?" images, all good fun and a…