How the Sequester will Impact the Home Energy Efficiency Industry

There has been considerable speculation about how the mandatory budget cuts, known as the sequester, will impact key government functions beginning March 1, 2013.  Primary concern has focused…

AEROSEAL Seals Leaky Ducts From the Inside Out.

It is not uncommon to have your ducts leaking by 20% and sometimes even 30% or more which means lost heating and cooling to your living space. With new ‘green’ building practices duct work usually remains within the condition living space but the majority of prior built homes have…

Today when you search Google or browse items on amazon.com,…

The Next Generation of Solar Panels? V3 Solar’s Spin Cells 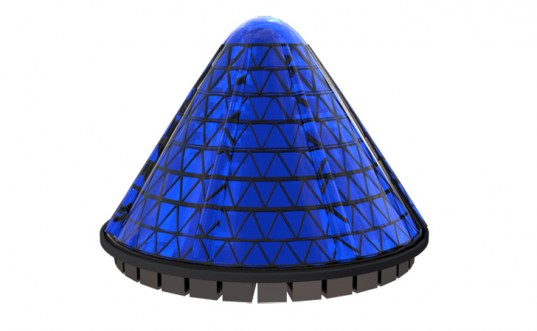 Solar panels have become more familiar to us in recent years. At one time you would have been hard pushed to find a set of solar panels on a roof near you. Now it is exceedingly common to find these panels adorning roofs all over your local area, even if you don’t yet have them.

Of course as with any other type of technology,…

Can a fireplace installation disrupt your day? 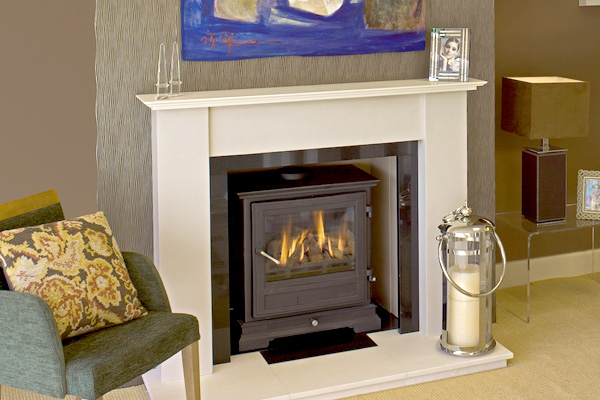 My friends in energy efficiency have been patiently waiting for granite to fall out of favor as the sexiest way to improve your home, and add value when you…

PassivHaus – Is it the Future of Home Building? 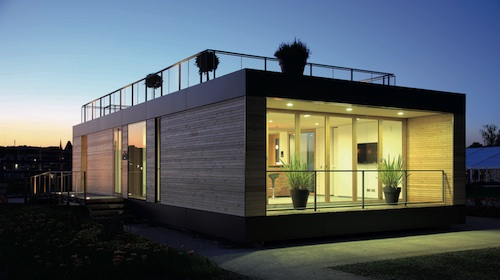 The idea of energy efficiency and reducing CO2 emissions is not a new one. But it is one we are hearing more and more about in recent times. and when it comes to reducing energy, the name PassivHaus can easily be thrown into the conversation.

The Night the Lights Went Out In New Orleans 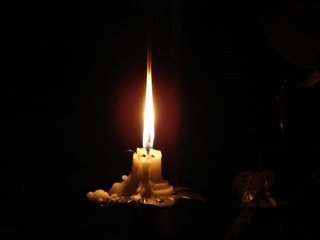 When the lights went out at the New Orleans Superdome during the Super Bowl last month, I was strangely reminded of a little known religious ceremony of the Catholic Church. The ceremony is called Tenebrae, from the Latin for “darkness” or “shadows”. It takes place late on Holy Thursday, when Christians celebrate the Last Supper, or on Good Friday, the day on which the…

Commit to advance the "State of the Union for Green Value"!

It's State of the Union time, and another union worth looking at is the state of value for high performance homes (HPH).  The image below shows how value comes…

15 ways to meet Obama's energy-saving challenge to the nation

5. Reduce your hot water use.

Remember what he said Tuesday night: Let's cut in half the energy wasted by our homes and businesses over the next 20 years, or else!

The following post was written by MEEA Program Manager Will Baker

Currently, The Midwest Energy Efficiency Alliance (MEEA) is assisting the Missouri Department of Natural Resources’ Division of Energy (MDNR-DE) in facilitating a stakeholder process to develop a state-specific voluntary home energy certification program. Previously, MEEA completed similar tasks for the Illinois Department of Commerce and Economic Opportunity (DCEO) as a…

There are a lot of ways to design a home. Designing one for high… 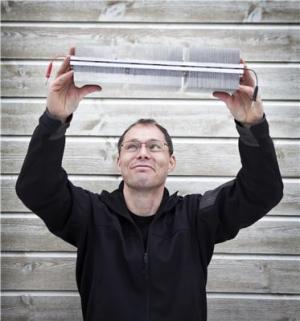 Mapping the Market Triggers for an Efficiency Tipping Point

We've been talking about Market Transformation of energy efficiency for a long time.  And the home sale transaction has been long viewed as a lever that can…

I was fortunate to learn about R. Buckminster  "Bucky" Fuller from my good friend Johhny Weiss at Solar Energy International.  Johnny spent some time with Bucky back in the days of John Denver and the Windstar Foundation near Aspen Colorado.  Johnny told me this story about Bucky. When Bucky was in school the teacher drew a line on the chalkboard.  Bucky asked his teacher, “What does that line weigh".  I love this story and the stir this must have created in the classroom.    Bucky was…

I remember a rash of nuisance service calls rolling in on weekends like this, the snowfall being the key part.  It is amazing how well prepared a Heat Pump is for cold weather, with safeties, defrost controls, and supplemental heat (in most).  Unfortunately, they do not come with windshield wipers to keep the condensers clear of snow, and snow will decrease the airflow across the condenser to a breaking…

Cleaning and Replacing The Condenser Fan in Refrigerators 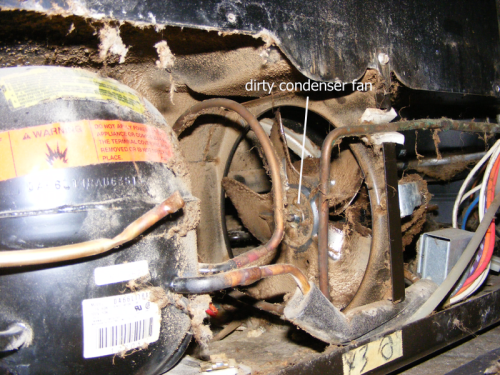 Hello friends - I wanted to take a moment to let you know about a tool you’ve probably heard about from me or our colleagues– the Building America Solution Center. it's now live and can be accessed here: …

A key mission of EMC is to Provide Affordable Housing for All People Worldwide.

First a word from our sponsor ... All YesHauses are affordable!  EMC continues to push the market trends by selling cost competitive homes with superior energy features.

Over 7 million households in the US spend more than half of their monthly income on rent and many of those households are  in substandard housing.  From my own experience, I remember weatherizing a home in… 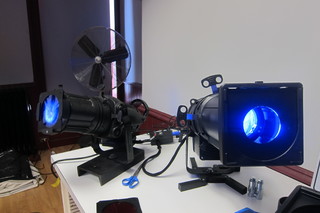 More energy efficient stage lighting? Yes, please! Theatrical lighting is found in many schools, churches, and local theaters. The Tungsten lamp on the left runs at 575 or 750 watts, lasts for about 1,500 to 2,000 hours, and requires oft-replaced gel slides for color changes. And it gets very hot. By comparison, the LED light on the right runs at 120 to 500 watts and lasts…