Illinois Carpenters Get Training for the Clean Energy Economy

Nick Magrisso recently posted a blog on the NRDC website highlighting the Carpenter Training Center in Elk Grove Village in Illinois as part of his series of exploratory video blogs on how energy efficiency is creating jobs in Illinois. It has been long recognized that a large amount of energy is wasted through improper or outdated building techniques. In addition to creating jobs,…

How to Insulate Windows for Energy Efficiency and Peace of Mind

One of the reasons we have windows in our house is for mental health. Can you imagine what it would be like to live in a house with solid walls and no windows. I saw a similar living arrangement on T.V., they called it - being put in the hole - it was a movie about a prison.

No, I’m not thinking of your grandfather’s hand saw . . . the one that cuts on the push stroke instead of on the pull stroke like the excellent Japanese hand saws.

Nor am I thinking of the beautiful (cast aluminum?) circular saws made by Rockwell right here in Syracuse for many years, but long since largely replaced by inexpensive tools made out of plastic and chewing gum.

(There are of course plenty of… 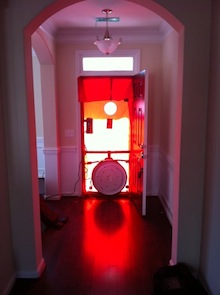 I've made my living solely as a home energy pro since 2004, and I was building a high performance home for two years before that. For six of the past eight years, I've been running my own business, and Energy Vanguard is halfway through its fourth…

Energy efficiency in the US is much light and little heat – literally.  Government policy pays a great deal of attention to saving electricity, but focuses little on the thermal energy we waste.

“Policy is electricity-centric in the US. Unless you are making kilowatts, the most efficient investments are off the radar,” said Rob Thornton, president of the International District Energy Association (IDEA), who I recently interviewed while writing this year’s…

What is Air Sealing

What is Air Sealing and How can it Save Energy?

Check out our recent article in HVACR Business - Jan Issue.

Who's Eating Your Lunch, Customer's Want Energy-Optimized Comfort. If you don't provide it, someone else will!… 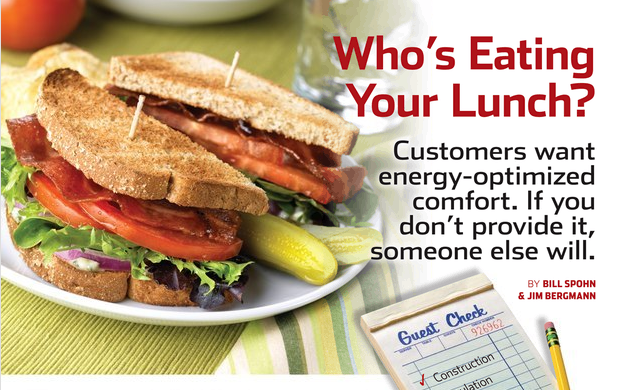 You’ve been in the attic, the crawl spaces or basement, climbed up and down any stairs several times. There have been some questions from the home owner and perhaps from the kids in the house. If you are like me, you’ve bumped your head a few times on low hanging fruit. It has been a fun, rewarding and perhaps a little stressful.

The thing I do to relieve this stress, is to depressurize. Yes, let all that built up stress just…

Three jokers in the energy deck

A new report by the American Council for an Energy-Efficient Economy suggests the possibility. Re-invented with today’s smart energy technologies, energy efficiency could displace 40 to 60 percent of our total energy needs by the year 2050, according to The Long-Term Energy Efficiency Potential:  What the Evidence Suggests.

Vermont has a new comprehensive energy plan that is full of thoughtful - though non-binding and unfunded - ideas. The plan calls for meeting 90% of the state's energy needs through renewables by 2050.
Energy professionals know that it makes sense to dramatically reduce the energy requirements of homes and meet a large portion of remaining needs with renewables. We know how to do the work, what we don’t know is how to pay for it – solar panels and insulation are just…

Just Signed up for OG&E Smarthours Program, A new way to manage energy use

How SmartHours Plus works: It costs more for electricity during peak periods of high customer demand.
Other factors, like weather conditions and the time of year, also drive electrical prices higher. SmartHours Plus,
sometimes known as Variable Peak Pricing (VPP), allows you to save when costs are lower, or off peak. Peak hours
are 2 to 7 p.m. weekdays, and prices during those hours vary based on demand (see chart). You’ll get advance
notice of tomorrow’s peak price the…

Are You in PA, NJ, or DE? Do You Plan to Become a BPI Testing Center?

I'm wanting to assess which tri-state BPI Affiliates are becoming BPI Testing Centers.  And, in order to not over flood the area with too many Testing Centers, I'm looking to pool resources. We have 25 test computers. This will keep costs down.  If you are becoming a Test Center, or if you know an entity that is, please share that infomation.  It will be public soon enough.  I'm also wanting to assess the need for traveling Proctors.  If you need Proctors, please share that information…

Figuring out how to go green without going crazy

Utilities worry about a lot of things, such as keeping the lights on, earning a return for investors, and making regulators and customers happy with their service.

Now there is a new worry: How can they protect customers from what one utility refers to as “mental fatigue?”

In this particular case, the utility raises the issue as it prepares to invite homeowners and small businesses to select from among new and possibly complicated rate options made available because of smart…

Germany's Passivhaus building standard is slowly but surely catching on in the U.S. Filmmaker Charlie Hoxie tracks its progress in the short doc, 'Passion Project.'

sustain’ Magazine: Achieving Passivhaus in the UK: The Reality by Jonathan Hines

In its January/February 2012 edition, , one of the UK's leading environmental journals, featured an article by Jonathan Hines of Architype Ltd on achieving Passive House in the UK using two well-designed Passivhaus schools as examples. Download article (PDF, 6.4MB; as published in , Jan/Feb Edition, page 39-41)

Heat transfer: How Heat Gets Out of Your Home and Costs You Money.

The amount of heat transfer depends on two factors: thermal resistance and surface area. Thermal resistance has to do with the quality and quantity of the material in the walls, floor, roof, windows, and…